The Dollardash
Brief: Draw shoppers to a major suburban retail centre with an attractive, prize-rich campaign introducing the use of an interactive AR (Augmented Reality) consumer experience, for client Charter Hall.

Our work on The Dollardash played a pivotal role in a campaign that gave shoppers a good run for their money – literally. Ikon’s naming and colourful creative execution successfully positioned the campaign in-centre while helping Campbelltown Mall gain traction with consumers in a highly competitive retail belt.

Rewind to 2017 when The Dollardash launch day met with a palpable buzz inside the mall and traffic queued outside with carloads keen to get Dollardashing. Vibrant decal trails led to the AR markers, where shoppers accessed the game via an app on their phone to win surprise prizes and access retail offers.

An jubilant client reported a significant uplift in measurable sales and traffic, as well as an unmeasurable amount of excitement and connection generated with its community. The Dollardash has since been rolled out to Charter Hall shopping centres nationally. 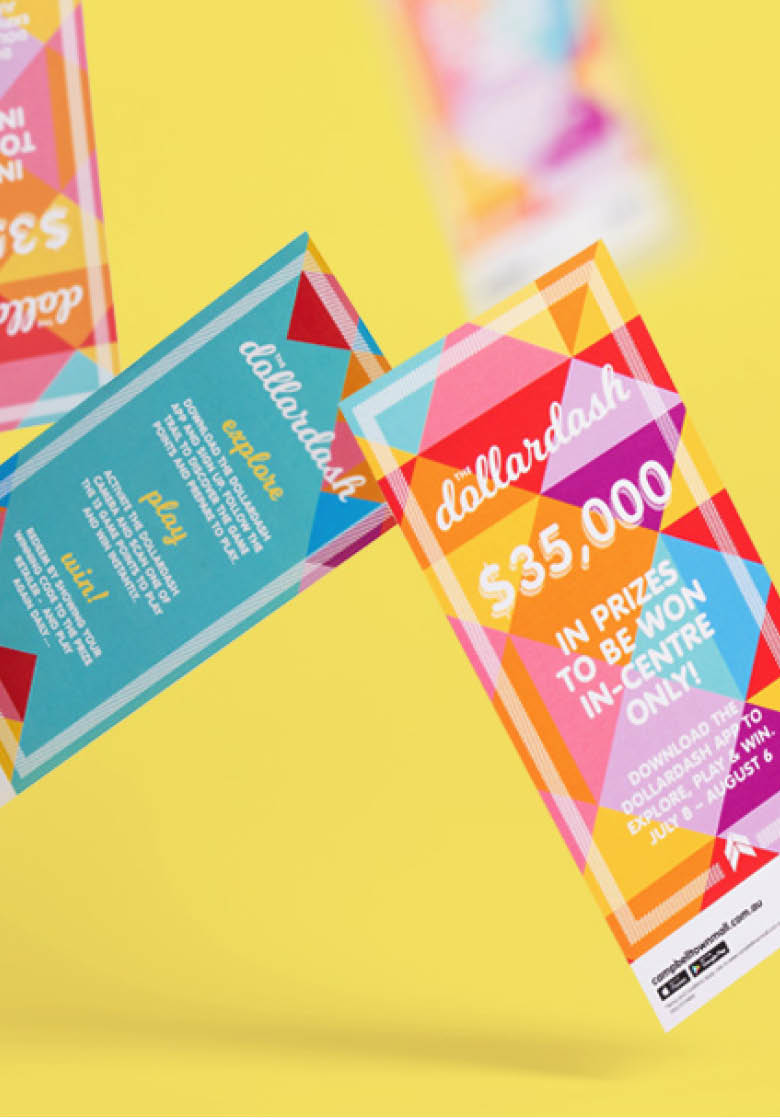 “The Dollardash has been one of the most successful sales-driving promotions we have ever done. We strongly believe that Ikon’s campaign name, creative execution and in-centre activation played a significant part. Thanks to your team for partnering with us on this and bringing your expertise.”
Rachael Cowper, Head of Business Improvement & Marketing Retail, Charter Hall 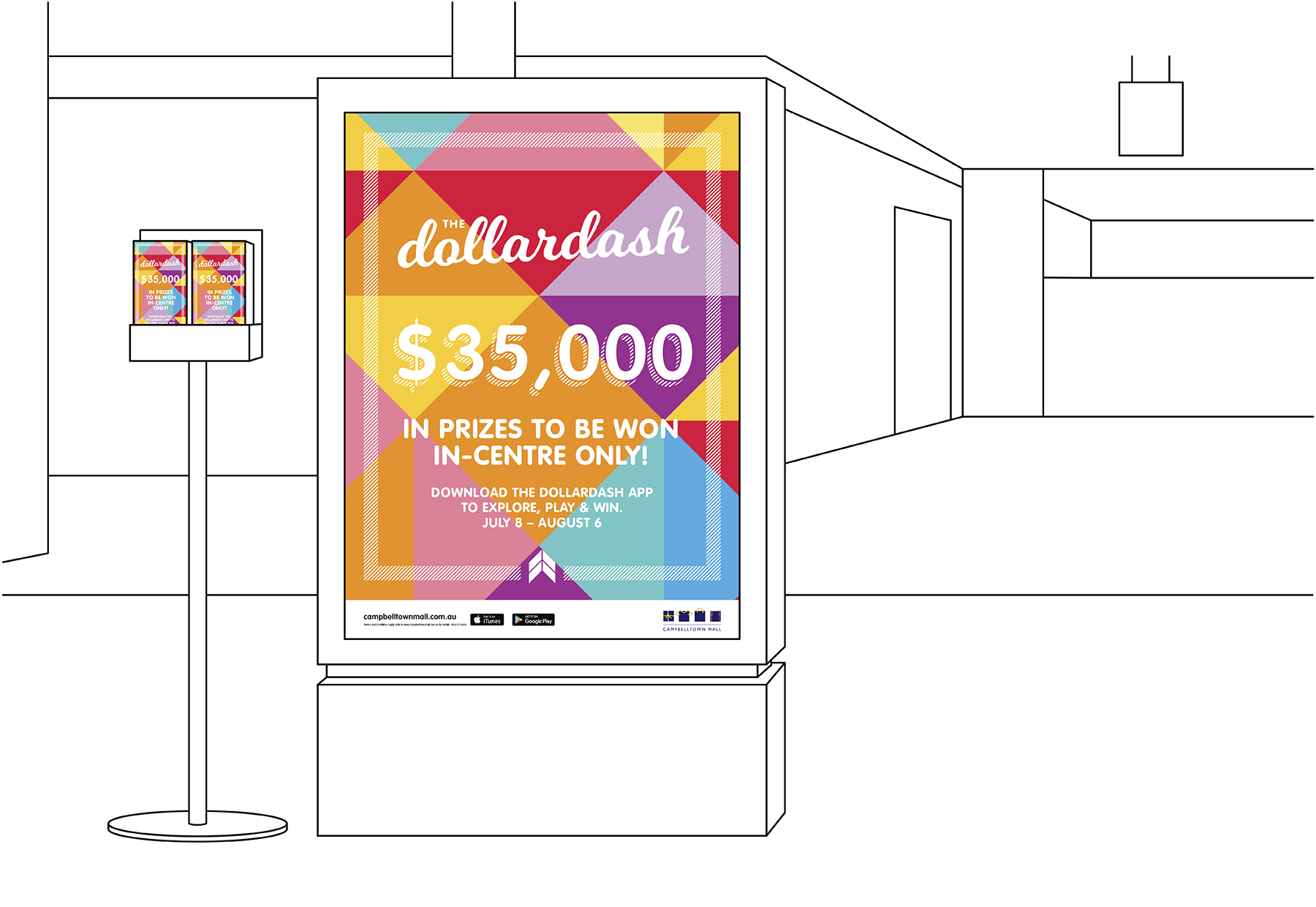 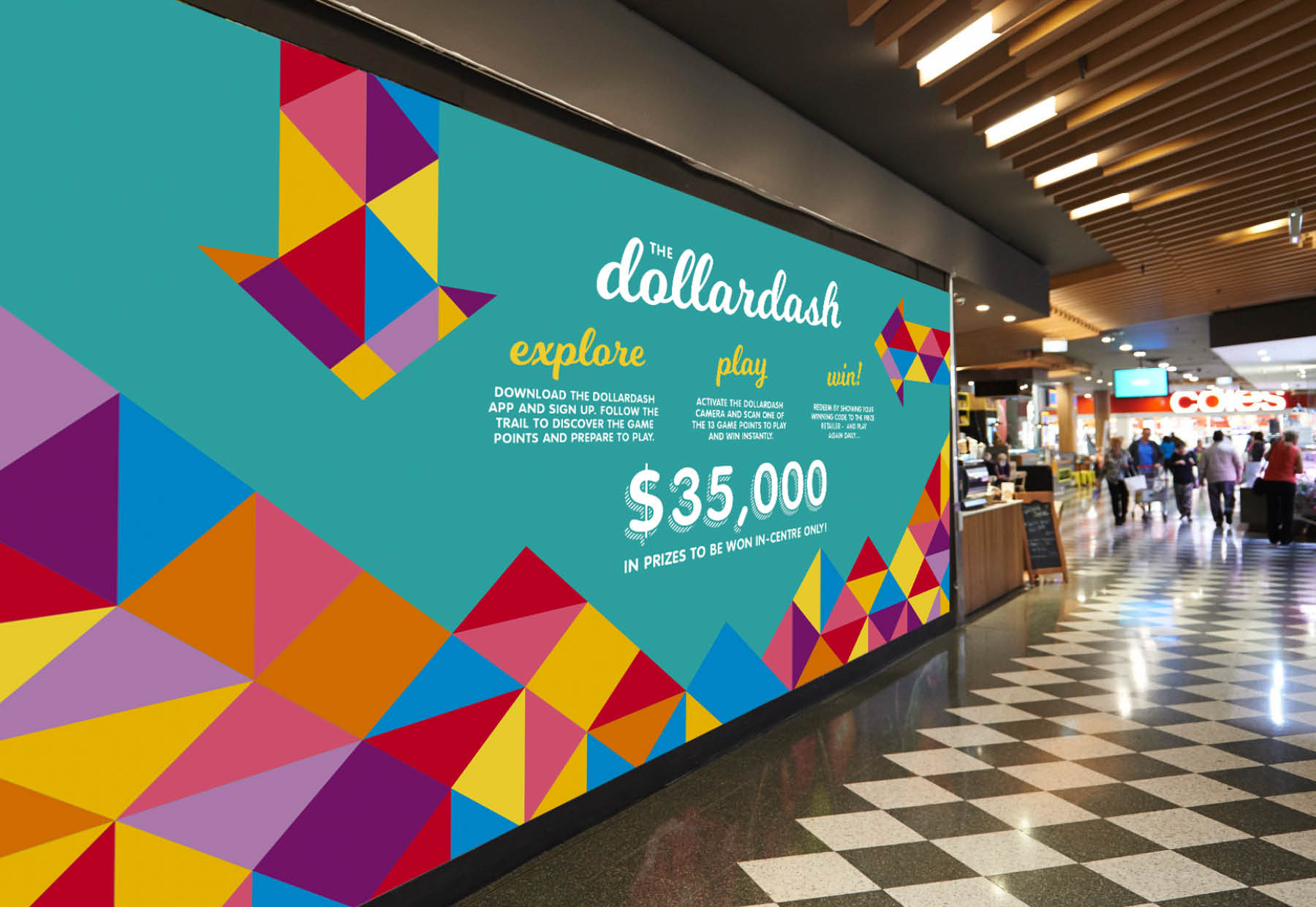 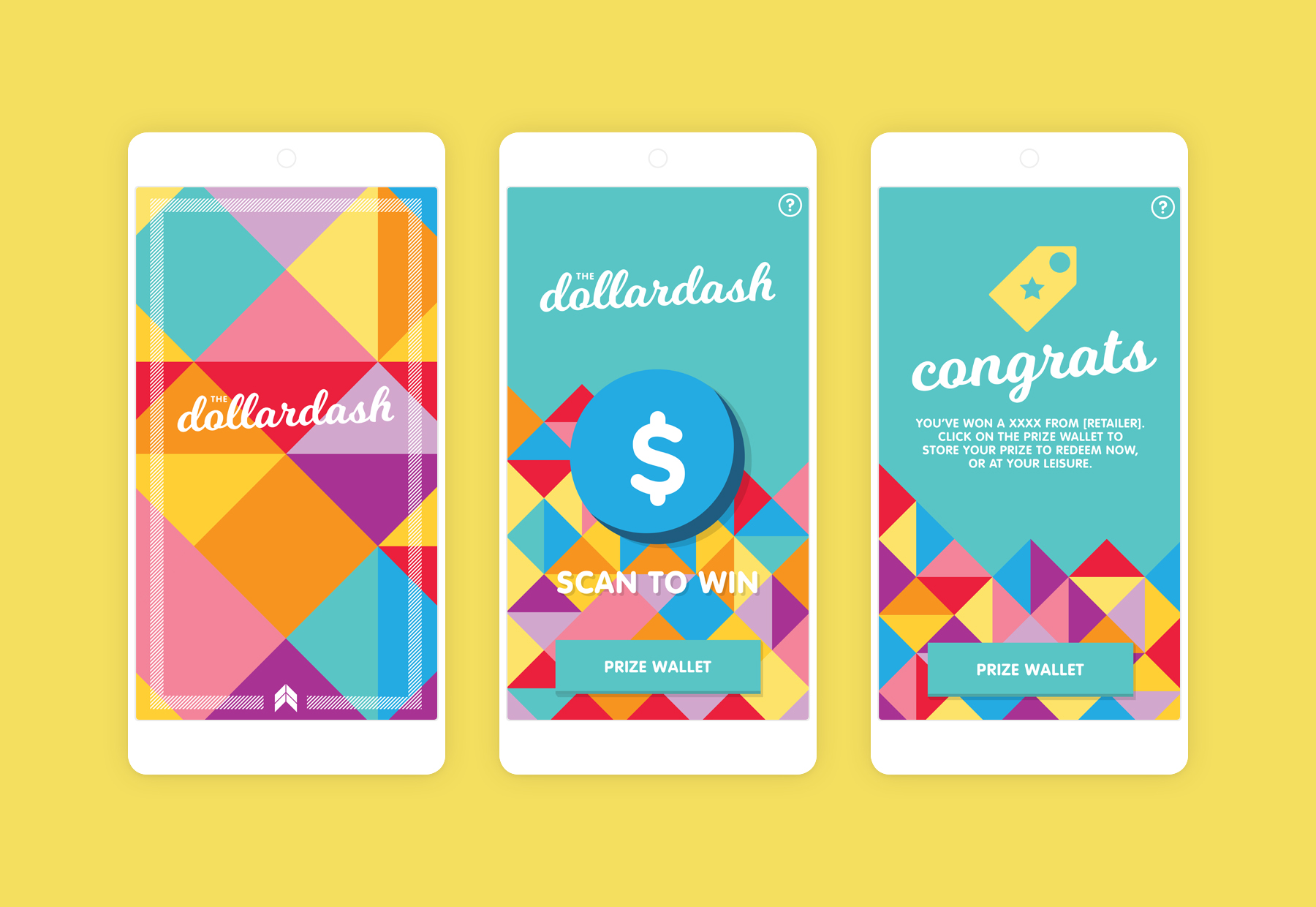